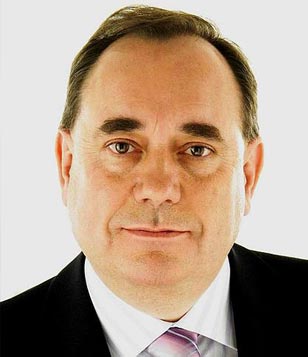 His great great great grandparents earned their livings from the land, working as farm servants, general labourers and quarrymen, but as industrialisation became more widespread, they joined the nineteenth century service industries, becoming bakers, grocer’s vanmen, plumbers and canal boatmen.  In more recent times, they were government employees, white collar workers in government service.  And finally, in what some may consider a profession commanding the least respect of all, that of a politician.

It is impossible to imagine what his ancestors would have thought about the current situation – a step into a brave new and better world, or a gradual unravelling on the last hundred years’ progress.

His English great grandfather, the bricklayer Henry Elms, who was born around 1839, came to Scotland sometime after 1851 and married young Margaret Duncan from Inveresk, in 1860.  They had something in common, for Margaret’s mother, Margaret Chesney, was English.  Her parents had probably met in England, which her father James Duncan was serving in the Army.  He was a Chelsea Pensioner who had been born in Glasgow.

Henry’s daughter, Margaret Elms, great grandmother of Alex Salmond, married Robert Dobie Salmond, a grocer’s vanman, in 1890.  The couple had six children, all of whom were still alive in 1911.  However, Margaret herself died aged only 45 in 1915 and Robert remarried two years later.  His son, Alexander Salmond, a plumber, married Abigail Downie in 1913.  She had been born in 1891 in Linlithgow, the daughter of Alexander Downie, a paper maker, and Abigail Ireland.  Abigail was born in 1869 in Kirkliston, the daughter of Andrew Ireland and Agnes Brash, who had married there in 1864.

Andrew was born in England, but unusually his birth had been recorded in the Old Parish Registers of Corstorphine.  This entry gave the information that Andrew was born on 2 April 1842 in the Parish of Hanover, Brighton, County of Sussex, the son of Andrew Ireland, a Private in the Scots Greys, and Abigail Funnell.

Andrew senior had died by 1851, because his son Andrew was living with his mother Abigail, now the wife of Alexander Chisholm.  Abigail married Alexander Chisholm in 1849, and once again the entry gave the extra information that Abigail was the daughter of James Funnell, a blacksmith from Brighton.   When she died, fifty-five years later, her first husband received no mention.  So much time had passed since his death.  Likewise, when son Andrew died in Linlithgow Poorhouse in 1915, the informant did not know the names of his parents.