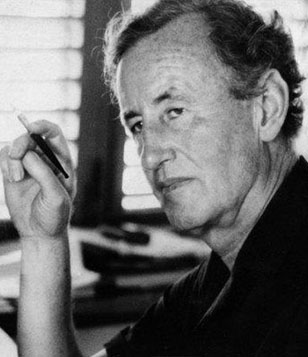 Many biographies of Ian Fleming have been published, the emphasis being on his war-time service and subsequent career as an author. Less well known is his Scottish connection. Ian Fleming's father, Valentine, was of Scots origin and this may have led indirectly to James Bond being blessed with a Scottish background.

Born in Newport-on-Tay in north-east Fife in 1882, Valentine Fleming was the son of Robert Fleming who became a successful banker and ultimately took his wife and young family to live in London. Already well advanced on this career path by the time of his marriage in 1881, aged 36, Robert was then described as the secretary of an investment company and in present-day terminology, would be considered as upwardly mobile, having moved across the river Tay from his native Dundee to the more salubrious and affluent area of Newport.

Newport mushroomed in the nineteenth century from a rural village to a fashionable small town with an address desirable for those who made their money in the city but who preferred to live some distance from the dirt and grime of the industrial area. With the advent of railway travel and particularly, the building of a railway bridge across the river, Newport became an attractive proposition to many Dundee businessmen. The first such bridge unfortunately became infamous when during a ferocious storm in 1879, the structure collapsed with the loss of a train and all of its passengers. This proved to be due to shoddy workmanship and the substitution of inferior building materials, with the civil engineer who had designed the bridge, going from being knighted by Queen Victoria, to dying a broken and disgraced man.

It is not known when Robert Fleming made the move, but at any rate, he was established in the comfortable middle-class villa known as 'Tighnavon', West Newport, by 1881 and was employing a housekeeper, a general servant and a message (errand) boy. In keeping with his new status, Robert Fleming gave his father's occupation as tea merchant when in fact he was a grocer in Dundee, who doubtless also sold tea. John, the father, had himself been something of an entrepreneur, having progressed from being an overseer of warpers in one of the Jute mills for which Dundee was world famous, to setting up in business as a grocer. In the first national census which described John as such (1861), young Robert was employed as a clerk in the yarn and cloth industry. Their wife and mother had previously died and a housekeeper was in residence, but this perhaps paints too rosy a picture of their domestic circumstances, as the household lived in a two-roomed tenement apartment, sharing the address with eleven other families.

John Fleming also left Dundee in his later years, and returned to his home parish of Kirkmichael in Perthshire, where he farmed thirty five acres of arable land at Dalrulzian, Persie. He lived there until the age of 86 and was buried in the churchyard at Kirkmichael in 1858. His death was registered by another son, John, who lived in West Port, Dundee so it is not impossible that there are still Fleming descendants in the city. John, senior, had been born in Kirkmichael in 1806, to Robert Fleming and his wife Girsal (or Grizel, the old Scots form of Grace) Butter. This earlier Robert (also a farmer) was born in the same parish at Westertown of Ashintully in 1776, his parents being Donald Fleming and Girsal Ferguson.

A Kirkmichael gravestone which commemorates another branch of the family at Dalrulzian, records the death of Thomas Fleming who died in Demerara in 1819, so Ian was not the first Fleming to settle in the West Indies.

Another line of Fleming forebears originated in Kirkmichael. Ann McIntosh the paternal grandmother of Valentine and wife of John the grocer, was from a family which can be traced back through her parents, James McIntosh, a tailor, and Elspeth Grant, to the marriage of the earlier generation - James McIntosh and Christina Robertson - in Blair Atholl in 1777. Poor Ann died of 'nervous debility termination [sic] in convulsions'. She was 52.

On the other hand, Valentine's mother, Sarah Kate (known as Kate) Hindmarsh, although born in Inverness-shire was of an English family. Her father, Marshall Kirkland Hindmarsh was employed as an officer in the Inland Revenue, ultimately becoming a supervisor of excise and as such, was stationed in various parts of Scotland, dying in Fraserburgh, Aberdeenshire in 1880. He and his English-born wife, Mary Kirby Baylis, had married in Camberwell, London in 1855 and Mary appears to have left Fraserburgh after the death of her husband as neither she nor her three other known children, Florence, Stuart and Mabel, were found there after the date of the 1881 census.

Although himself born in Edinburgh, Marshall Hindmarsh was the son of one John Hall Hindmarsh, variously described as a ' teacher of elocution' and 'teacher of languages' who, despite latterly living and dying in St. Andrews, had been born in England. His parents were Luke Hindmarsh, said to have been a timber merchant and farmer, and Isabella Hall. John and his wife, Sarah Marshall, seem to have settled in Scotland as not only was their son, Marshall,born and died here, but two daughters were traced in the Scottish records. Jane Anne Sophie Hindmarsh died in St. Andrews in 1887, the widow of the Very Rev. John Tulloch, D.D., LL.D, Principal of St. Mary's College, St. Andrews, a noted theologian of the day. The death of her sister, Sarah, the wife of Henry Charles Barney, a fund holder, took place in Edinburgh in 1874, the cause being 'alcoholic poisoning'